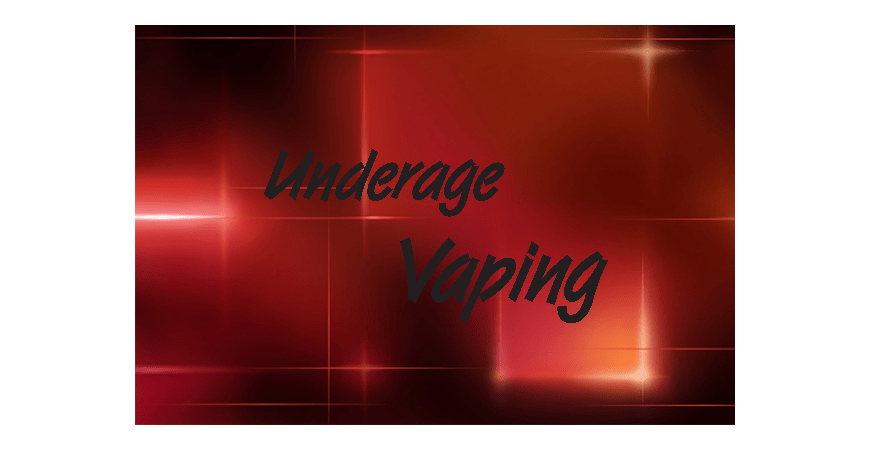 In the year 2017, this must have been familiar with the word 'vape'. The phenomenon of a conventional cigarette switch to an electric cigarette or e-cig is increasingly widespread.

Vaping is now known to be much safer (*95% according to UK study : You may check the link below).

Detractors of the e-cigarette suggest that it could be a stepping stone to conventional cigarette consumption.

It's the responsibility of the resellers to control the sales to underage. The proliferation of vape shop of course greatly facilitates young people to get the vape kit easily. Even some online store platforms also sell them at very competitive prices.

But with the proliferation of vape device sellers or e-liquids, many resellers close their eyes on the customer age in order to increase their profit, even though they realize that it is illegal or against the ethical code.

A few weeks ago had gone viral video of a child under age vaping. Netizens furiously watch the video and made a comment about it. We can also look into the fact that for years we have seen children under the age of riding motorcycles, whereas we know very well that only 17-year-olds who have the right and legal driving license are driving a motor vehicle.

Socialization of the use of electric cigarette is very necessary from parent to child, followed by socialization from the school.

Although some health department in Indonesia as well overseas explain that electric cigarettes are safer than conventional cigarettes, strict supervision of minors to prevent vape abuse is essential.

The vaping industry has a major role to play in public health. Good information and responsible resellers are necessary for its development.

Leave a CommentLeave a Reply